A true story from the other end of the age spectrum

Some elderly friends went to Thailand,
Where the wife got an eczema-type rash.
"There's a very wise man who makes medicine," 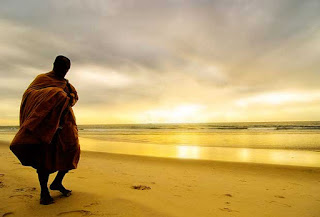 Said the barman, "but pay him in cash."

He worked from a hut in a village;
Had lotions and potions galore.
The cream that he sold was effective.
Florrie's rash very soon was no more.

Their pharmacist friends they met later,
Knew the miracle man well enough.
It seemed he could cure almost anything,
And he used only natural stuff.

(On a previous trip they'd bought tablets:
To analyze these they had tried.
But one, very tiny, component,
Could not be identified).

Florrie, impressed, resumed mulling
About something that preyed on her mind.
Geoff needed a form of Viagra,
For their love-life had sadly declined.

His desire for his wife hadn't left him.
The urge hadn't gone, so to speak.
The spirit was still very willing,
But the flesh was decidedly weak.

They purchased one very large capsule,
To be swallowed on top of some food.
They went to their room, put on music,
Lit a candle, to get in the mood.

Said Geoff, "I feel very peculiar.
Just quite how, I can't possibly tell."
They looked at his feet and they noticed
That his ankles had started to swell.

His calves, they got bigger and bigger,
The expansion reached up to his thighs.
The process was slow but relentless,
Legs stiffened and doubled in size.

Where it mattered, though, nothing was stirring.
Flo had an idea what to do.
Geoff told her, "I know what you're thinking,
But believe me, I'm NOT taking two!"

(And on the same subject, there's a joke circulating at the moment about the invention of Viagra teabags. They don't help your love-life, but they do stop your biscuits going soft.)
Email ThisBlogThis!Share to TwitterShare to FacebookShare to Pinterest