This was not the sort of do 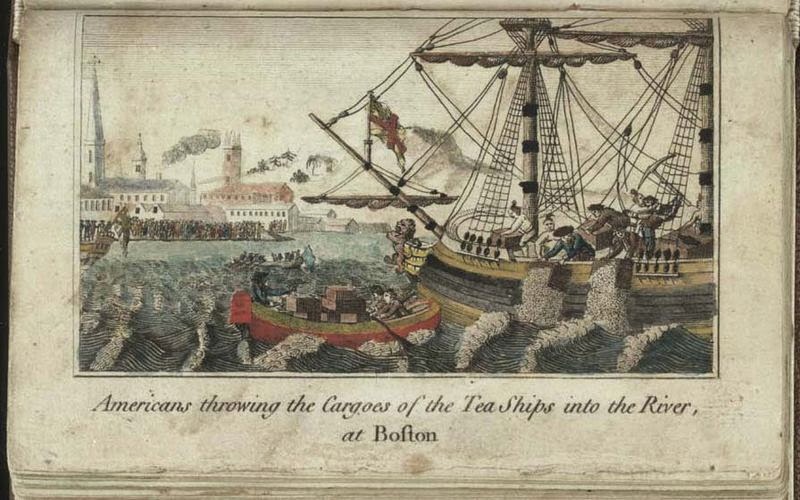 With a fancy cake or two,
Or the sandwich with a neatly cut-off crust
For the nibbling dainty picker,
And it wasn't "more tea vicar?"
In the fragile cup that someone had to dust,

It was protest and near riot,
That exemplified disquiet,
In a country that felt bitter and aggrieved.
Its folk weren't represented,
And resentment thus fermented
Over taxes which, as unfair, were perceived.

The tea tax - one such levy -
Was symbolic, more than heavy,
And importers had been turned away unpaid.
Now in Boston, one consignment
Suffered major realignment:
It was thrown into the harbour to degrade,

Iconic this event,
Which told of discontent.
The British take some action to chastise.
The Intolerable Acts -
A blockade that soon impacts
On Boston's trade - all this was most unwise.

Our colonies (thirteen)
Were progressively quite keen
To have the unfair British go away.
We'd not done as they demanded,
So together they now banded,
Into what was dubbed a brand new USA.