My account hadn't paid any interest.
When this happens, I ring to ask why.
Then I noticed a service called "web chat",
And thought that I'd give it a try.

I carefully typed in the query,
The response was from someone called Faye.
She instructed, "Log in." But I couldn't.
The "web chat" box got in the way.

It obscured all the small password boxes.
I explained that these couldn't be seen.
"Make the web chat box smaller," Faye offered.
I clicked. Now it filled the whole screen.

Then the log-in page suddenly vanished.
It seemed it had got tired of waiting.
I'd been "timed-out" and still had no answer,
And was starting to find this frustrating.

"I know it's not your fault," I told her,
"But this is not "helpful" at all.
Can I take down your telephone number?
And then I can give you a call."

"I'm sorry," she wrote, "But I cannot.
That service stopped ages ago.
We don't actually talk to our clients."
Well at least this was "helpful" to know!
Email ThisBlogThis!Share to TwitterShare to FacebookShare to Pinterest
No comments:

McVitie's of late have been trying, 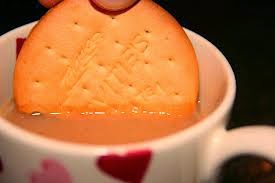 To find out which biscuit is best,
To dunk in your tea or your coffee:
Several types have been put to the test.

A Hobnob is worst, their conclusion,
Because it is made out of oats.
It quickly becomes very soggy,
(They don't say if it sinks or it floats).

Digestives survive slightly better,
Researchers have proved this is true.
"Coated" are better than naked,
As the choc acts as some sort of glue.

They suggest that their packs feature info -
A warning is needed perhaps? -
Re: the time each variety lingers,
Before its predictable collapse.

We are told the best way of presenting,
Their product in coffees and teas.
Forget all the myths about angles,
And submerge it at ninety degrees.

What you're dipping will last a bit longer,
If your drink is allowed to cool down.
All sensitive souls ought to know this,
As they won't want their bikkies to drown.

Rich teas win out. That's official.
Their staying-power truly amazing.
A boon, I am sure, to all snackers
Who while away tea-breaks by grazing.

But why has the firm paid for boffins,
Who have studied for ever no doubt?
The folk in your average office,
Would have done all the testing for nowt! 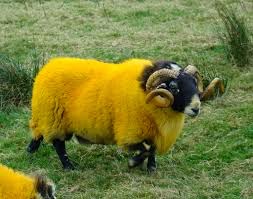 What is in your case?
Stuff I take
From place to place.
I'm going to the seaside
With my bucket and my spade,
And a camera to take photos
Of the castles I made.

A prince comes along.
He hears the poor girl
Who is singing a song.
It's a beautiful sound
And he wants to know more.
But he cannot get in,
As there isn't a door.

He returns oft to listen,
Enchanted no doubt.
Then sees the routine
And the secret is out.
He calls to Rapunzel,
Who lets down her locks.
He is thrilled when they meet,
From his crown to his socks.

She is gorgeous, a stunner, 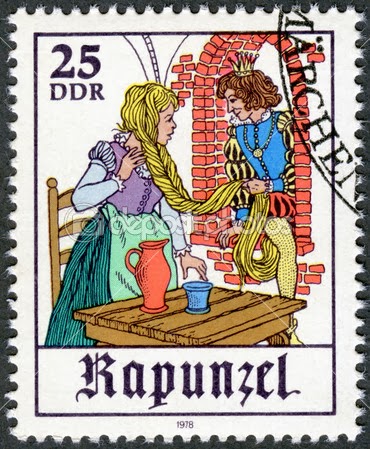 Her looks are ethereal.
He decides striaghtaway
That she's princess material.
He asks, "Will you marry me?"
She says, guess what?
But she needs to escape:
They devise a neat plot.

He will bring her some silk,
And a ladder she'll weave,
But before she completes it,
Well would you believe
The enchantress discovers
The devious plan,
And is seeking to thwart it
However she can.

The prince can't prevail:
All this has to be stopped.

Those lovely gold tresses
Are instantly lopped.
The girl is cast out -
To the desert she's taken.
She must fend for herself,
Is entirely foresaken.

The long length of hair
To the window's been tied.
Our prince now ascends
But does not see his bride.
He instead meets Dame Gothel,
The awful truth dawns,
He's thrown out of the window
And into some thorns.

These prick both his eyes.
The result is, he's blind.
He has only one quest,
That's his true love to find.

(But the hair that he'd clutched
Came away when he landed.
It's a kind of revenge,
For Dame Gothel is stranded.)

Our prince stumbles around
As he can't see a thing,
Till the magical day
When he hears a girl sing.

He knows that clear voice!
It's the girl he adored.
She weeps tears of joy 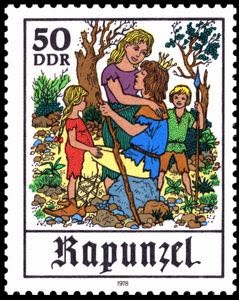 And his sight is restored.

With his love reunited,
A new life begins.
He also finds out
He's the father of twins!

A man and his wife
Are completely beguiled
By the thought that, one day,
They would have their own child.

The months turn to years,
And a long time has passed,
Then the wife gives the news,
"I am pregnant at last!"

They live in a cottage,
A garden's nearby,
Surrounded by walls
Which are sturdy and high.

It belongs to a woman
The locals find scary.
They keep well away,
And are right to be wary.

The enchantress grows flowers,
And the wife has a craving.
"Get me some rampion now!"
She is raving.
"I'll die for the want of it!"
Plaintive her voice.
The husband decides
That he has little choice.

He braves the high wall
And he takes what he needs.
Wife gobbles it up.
"I want more," she then pleads.

Her husband's a man
Who's both stupid and plucky.
But this time he's caught
By Dame Gothel - not lucky.

"How dare you!" she's saying,
"You trespass and steal!
But I am prepared now
To offer a deal.
Have the leaves that you want,"
She continues with scorn,
"But I'll take your child 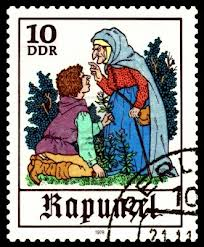 Just as soon as it's born."

The man, he is quaking
And down on his knees.
He's afraid for his life
And he therefore agrees.

A daughter is born,
But that very same day,
The enchantress turns up
And she whisks her away.

Just to prove that Dame Gothel's
A silly old bag,
The child's named Rapunzel,
An odd sort of tag.

When she's twelve, she's locked up
And spends hour after hour
Alone in a forest
High up in a tower
With no entrance or stairs, 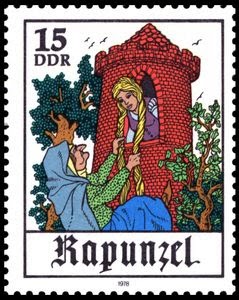 So she cannot get out.
(How she ever got up there
Remains much in doubt.)

The nasty Dame Gothel,
Who grows ever madder,
Pays visits - but doesn't
Invest in a ladder.
She climbs up the hair
On her prisoner's head.
(Rapunzel complies,
Or she wouldn't get fed).

"Rapunzel, Rapunzel,"
The crone cries with glee,
"I want to come up.
Let your hair down to me."

The schools were on holiday. We had the kids.
They have energy, thus need diversion.
A bus trip, we thought, was a lovely idea
So we planned out a little excursion.

They'd already had breakfast, which wasn't enough:
We decided to feed them another.
Then we packed up a bag with the things that we'd need,
For Ella, and Freddie her brother.

The bus came and both of them raced up the stairs -
Our adventure had truly begun.
We all sat at the back for a couple of stops
With Fred shouting out, "This is fun!"

He decided to try out alternative seats,
(With the vehicle lurching, not prudent).
More people got on. We explained who they were,
Which caused Ella to ask, "What's a student?"

We barely had travelled a fifth of the way,
Neither child would sit still in their seat,
When, as one, they declared themselves hungry.
"Is there anything nice please to eat?"

We got out the picnic - and bottle of juice,
Which we hoped they'd be happy to share.
Freddie heartily swigged, but there soon was a cry:
"He's drinking it all. That's not fair!"

After what seemed like hours, we arrived at our stop.
The kids sensed that freedom now beckoned.
They charged into the crowds - for the place was quite packed -
Which was something on which we'd not reckoned.

So we gave them some coins, (as a "Poundland" we'd seen),
And they each chose a toy from the rack.
Then we made for the exit as fast as we could,
And got on a tram heading back.

There was nowhere to sit, but Fred played with his truck -
"Broom-brooming" in everyone's way.
Ella's Barbie-type doll started falling apart,
Nylon hair all in wild disarray.

We got off at the station with buggy and bags,
And now limbless dolly as well.
A taxi returned us from whence we had come.
Thus ended the outing from hell.
Email ThisBlogThis!Share to TwitterShare to FacebookShare to Pinterest
No comments:
Newer Posts Older Posts Home
Subscribe to: Posts (Atom)