The nations' flags on "Hello World"*
Now number fifty-three.
We can't arrange them neatly
So just have to let them be.

The USA's and Russia's
Went AWOL for a time,
And Italy's disrupted
Some lines within the rhyme.

The Spanish flag stays at the top:
Insists on being first.
And many won't play nicely,
So our cursor's often cursed.

"Velkommin" now to Iceland,
"Hej" Danes and Swedish too.
The latest view's from Finland,
But Norwegians - "hvor" are you?

Brazil has paid a visit,
But "venha?" Portuguese.
You're conspicuously absent.
Do the verses fail to please?

Switzerland has joined us,
"Wo bis du Oesterreich?"
Is it I've not written yet,
The sort of thing you like?

We've visitors from Cyprus.
What language do you speak?
As the mainlands too have joined us,
I'll try "yassou", which is Greek.

Or "merhaba", which is Turkish.
Would be understood by sheep!
And ditto by the Saudis,
Who have been to have a peep.

Hello friends in Malta.
To Italy, a "ciao",
South Africa and Egypt,
Have both turned pale green now.

Polynesia and the Philippines
Have logged from the Pacific.
"Apa Kaba?" Indonesia -
Your green dots look terrific.

How did all you folk discover us?
Am really glad you did.
Please spread the word to others.
Help our wholly green globe bid.

PS
It seems that with the Vikings,
The world is rather smitten.
But no one reads King Henry -
The best verse I have written.


*The original "Hello World" blog was posted in, and can be found under, April 2013

Welcome to new viewers in Argentina, Sweden and Cyprus. Your flags have been added to "Hello world".


Ben was furry, Ben was cute 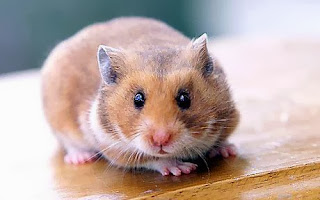 A master of the exit route.
His cage was reinforced with tape:
Ben somehow managed to escape.
That battle he would always win
But never could he get back in.

One time, on a nocturnal trip
A Kinder egg he did unzip.
Next day... strange choc'latey aroma...
Ben on a cupboard, in a coma.

Then there occurred the thing we feared:
Ben simply upped and disappeared.
We put out hamster choccy treat,
(His very favourite thing to eat)
And sprinkled flour upon the floor
Then watched for signs of tiny paw...

Conditions of the flat we let
Forbade the keeping of a pet -
A term we clearly had abused.
Then, suddenly, the lights all fused.
Did this just our own home affect?
We warily went out and checked.

It seemed elsewhere was just the same,
A fault, we hoped, might be to blame,
But knew that Ben was more than able
To chew through an electric cable.

For Ben, this would have been the end.
We really miss our little friend.

I've sometimes used those websites
Which insurance quotes provide,
But I never did get on with them,

No matter how I tried.

"Go Compare" could not oblige me.
I got a big fat "no".
The reason was six speeding points
From TWELVE long years ago.

At one time they were relevant,
Though now they're at an end.

But the system had remembered them,
And thus I was condemned.

"Confused" was not efficent,
And lived up to its name:
Insisted that my husband's car
And mine were both the same.

Our address I'd duly enter
And his vehicle appeared.
I could not amend these details,
And nor could they be cleared.

They then sent me an email,
By which I was surprised.
I clicked the link. Got message.
"Address not recognised". 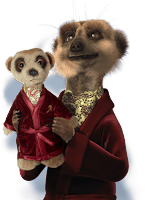 Now, once again, insurance
On my car was almost due.
My company had written
With the info to renew,

I thought I'd better check it out,
And this time - Oh what joy! -
I got a quote for half the price,
Plus bonus meerkat toy.
Email ThisBlogThis!Share to TwitterShare to FacebookShare to Pinterest
No comments:

My laptop is trying to tell me something

"Ran out of memory at line 26",
This notice appeared on my screen.
Is this a problem that's easy to fix?
Just what does this stark message mean?

It's very bad news, and of that I am sure.
My computer is truly no good.
Won't connect to the web as it did, any more.
It won't even shut down as it should!

I've patted it, talked to it, begged and cajoled.
But it keeps on refusing to play.
It's a horrible thing. It is tired. It is old.
And I'm going to throw it away.
Email ThisBlogThis!Share to TwitterShare to FacebookShare to Pinterest
No comments:

Trying to leave The AA

The car my husband used to drive 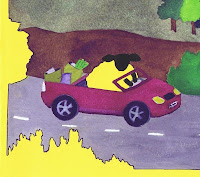 Was getting rather old.
We didn't need two vehicles,
So his was duly sold.

He had an "AA"* membership,
And this had once been fine.
But now it was not wanted,
So he rang up to resign.

They said they'd send a letter,
To confirm that all was ended.
But this arrived and told him
That he'd asked to be "suspended".

They'd kept his payment details,
There's nothing he'd need do:
The system would, in three years' time,
His membership renew.

He hadn't really left at all,
He still belonged, and so
Beware, once you have joined them:
They are loathe to let you go.

You may no longer own a car,
But that seems incidental.
Or perhaps they'll send assistance
If your roadside breakdown's mental?

*Automobile Association
Email ThisBlogThis!Share to TwitterShare to FacebookShare to Pinterest
No comments:

Welcome to new viewers from Malta, Columbia and French Polynesia. Your flags have been added to "Hello World".

Had scanned the supermarket shelves, 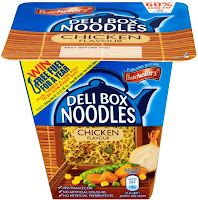 My quest - a ready meal.
Found boxed-up deli noodles,
Which seemed to be ideal.

I pulled the little "open" tab,
Which bent a bit, I think.
Tugged harder. Contents scattered
To the worktop, floor and sink.

The instructions on the carton
Were in tiny print - and blue.
I went to get my glasses,
To read what I must do.

"Pour in boiling water
To the line inside the pot."
I peered into said vessel,
But find it? I could NOT.

At last, a faint indented ridge
Could be identified.
I took the just-boiled kettle,
And dutifully complied.

I stirred the mixed ingredients.
Two minutes...stirred some more...
I went to pick the post up,
Which had just come through the door.

The meal, a short while later,
By some miracle was tasty.
(Though the peas in it were somewhat hard,
So perhaps I'd been too hasty?)
Email ThisBlogThis!Share to TwitterShare to FacebookShare to Pinterest
No comments:

Welcome to new viewers from Venezuela. We will be adding your flag to "Hello World".

My laptop's so ancient it's steam-powered.
It chugs. I can hear its cogs turning.
The keyboard becomes overheated,
Though I haven't yet smelled something burning.

I get messages saying "High Usage".
There are ads that announce I've won cash.
Some of these block certain buttons,
And cause headaches whenever they flash.

Get internet service through Orange,
Which is nowadays powered by "EE".
I haven't a clue what this stands for.
The name, it means nothing to me.

The WiFi comes through a black gizmo.
On the front, four green lights you can find.
These sometimes elect to do nothing,
But they blink if they feel so inclined.

If they're active, connections are working,
But sometimes they fancy a rest.
A signal from BT takes over.
Is this down to some button I pressed?

My machine has its quirks and its foibles.
Won't perform what I want it to do.
I have tricks to get round certain problems.
These don't work if the screen has turned blue.

I've reached an unhappy conclusion.
My computer - it isn't much cop.
Disobedient, wilful and lazy,
It has two speeds: one's slow and one's stop.