Before we could get into Cuba,
Our visas we had to complete.
They had to be written in biro,
With no errors, all perfect and neat.

We'd heard lots of horrible stories,
Of people turned back at the border.
We assembled our documentation
And prayed it would all be in order...

Through passport control we had made it!
﻿Another long queue we then met:
Via security had to be processed,
As we might pose a hazard or threat.

We were frisked and our bags were looked into.
(Was "terrorist" writ on our faces?)
At length, having proved we were harmless,
We moved onwards, in search of our cases.

The carousel belt was in action:
There was plenty of luggage thereon,
﻿But ours clearly wasn't amongst it,
So where in the world had it gone?

It must have come out very early:
Our bags had been dumped to one side.
My friend made a quick bid for freedom,
But I (sad to say) was denied.

A woman, quite big and officious,
Thrust a very long form in my hand.
She insisted it must be completed,
(Though why, I did not understand).
﻿

For passport...pen...glasses I fumbled,
(This was all going to take quite a while),
Then I noticed her collecting some others
Which were stacked up, unread, in a pile.

So I filled in some meaningless numbers,
On this tedious small-printed page.
I wrote down my name - "Roger Rabbit" -
And knocked twenty odd years off my age.

Were these forms part of some kind of survey?
Were they wind-ups, deterrents or pranks?
Well "Roger", my mythical tourist,
Just imported a million Swiss francs!

I proffered this great work of fiction,
(Accepted with barely a glance),
Then I headed at speed for the exit,
And escaped while I still had the chance.

On the bus, found my canvas bag missing:
It contained almost everything vital.
"Stop the coach!" - it was there with the cases -
Now I'd earned "hopeless witterer" title.

Had been organized - all now is chaos.
I begin to be very afraid.
My suitcase's padlock has vanished,
And my visa has twice been mislaid.

Yes, I've finally got into Cuba,
But am haunted by worry and doubt
That I'll somehow fall foul of "the system"
And find that they won't let me out.

Welcome to our new viewers in Tunisia, Gibraltar, Armenia and Curacao. Your flags will be added to "Hello World" very soon. 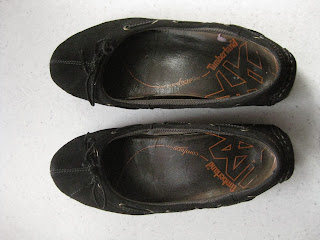 My pair of beige suede "ballet pumps"
Were looking somewhat sad,
But these shoes were very comfy:
The best I've ever had.

I'd walked for many miles in them:
They never ever hurt me,
But now they looked quite tatty,
They were frayed and scuffed and dirty.

I really should have ditched them,
Though I didn't have the heart,
So I went and bought some suede dye
And they turned out very smart.

They're painted black, are fabulous,
The product never fails,
But I didn't wear protective gloves
And now I have Gothic nails!

In case anyone out there is planning a nativity event involving young children, am posting a "new" carol  - one of several written almost thirty years ago for my daughters. Please feel free to use it, either as a song or as a spoken verse. 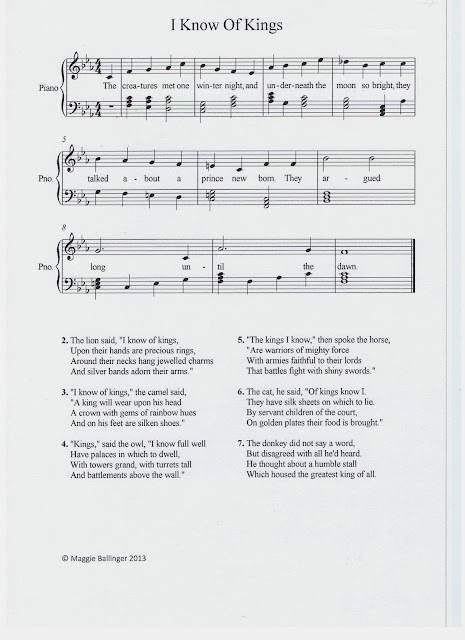 He wanted love, to be protected, 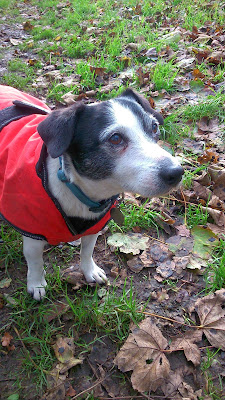 But as a pup, was sad...neglected.
He didn't have the best of starts,
But quickly won new owners' hearts.
Security at last he'd found,
And thus became a happy hound.

Any sign of food was good.
He took his chances where he could.
Beneath the high chair always stopped,
To clear up crumbs that might have dropped.
He recognised the fridge door click,
Then proved himself alert and quick.

He'd come - with strange lopsided gait -
Would wag his tail, and sit and wait.
Appealing eyes and yours would meet;
Resistance failed: he'd get his treat.
In recent weeks,though clearly ailing,
His loyalty remained unfailing.

He proved himself the truest friend
And this was so, until the end.
Epitome of real devotion,
His loss means only one emotion.
In loving arms, he went to sleep.
Rest in peace. We miss you Sweep.
Email ThisBlogThis!Share to TwitterShare to FacebookShare to Pinterest
No comments:

Welcome to new viewers from Estonia and Norway. Your flags have been added to "Hello World".

Was getting so frustrated,
My mouth began to foam.
"Explorer" not responding,
So I went on Google Chrome.

At first, this didn't work at all,
My WiFi box unblinking.
Was it in some sort of coma?
Was it plotting, dead or thinking?

In time, I reached my homepage
And my teeth once more did clench.
Some joker in the system
Had translated it to FRENCH!
Email ThisBlogThis!Share to TwitterShare to FacebookShare to Pinterest
No comments:
Newer Posts Older Posts Home
Subscribe to: Posts (Atom)