If, whilst you're tending the garden, 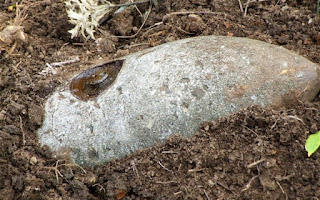 A UXB there were to find,
What is the very first notion
That would leap pretty sharpish to mind?

Most people, I'd guess, would be cautious:
Because being blown up's not much fun.
They would distance themselves from said object,
Back off (or, more probably) run.

But not so a lady from Norfolk,
Who proceeded to dig the thing out,
Then went off to look for her husband. 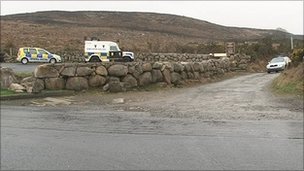 "Come and see what I've found!" she did shout.

(She hadn't been totally reckless,
In fact, had been "safety aware":
She knew that it might be explosive,
And had covered the bomb with a chair.)

As this wasn't a piece of old pottery,
Roman coins, or some gnarled garden gnome,
Wise hubby refused to inspect it,
So she carried it into their home.

On the table, it looked rather muddy,
So what now does our heroine think?
She decided this had to be rectified,
And she gave it a wash in the sink.

Would guess that the lady is houseproud,
Likes everything tidy and clean,
But there might well exist now a very large hole
On the site where her house had once been.

The bomb squad turned up to remove it,
Then exploded the thing in a quarry,
They said that the couple were lucky,
That they might not have lived to be sorry.
Email ThisBlogThis!Share to TwitterShare to FacebookShare to Pinterest