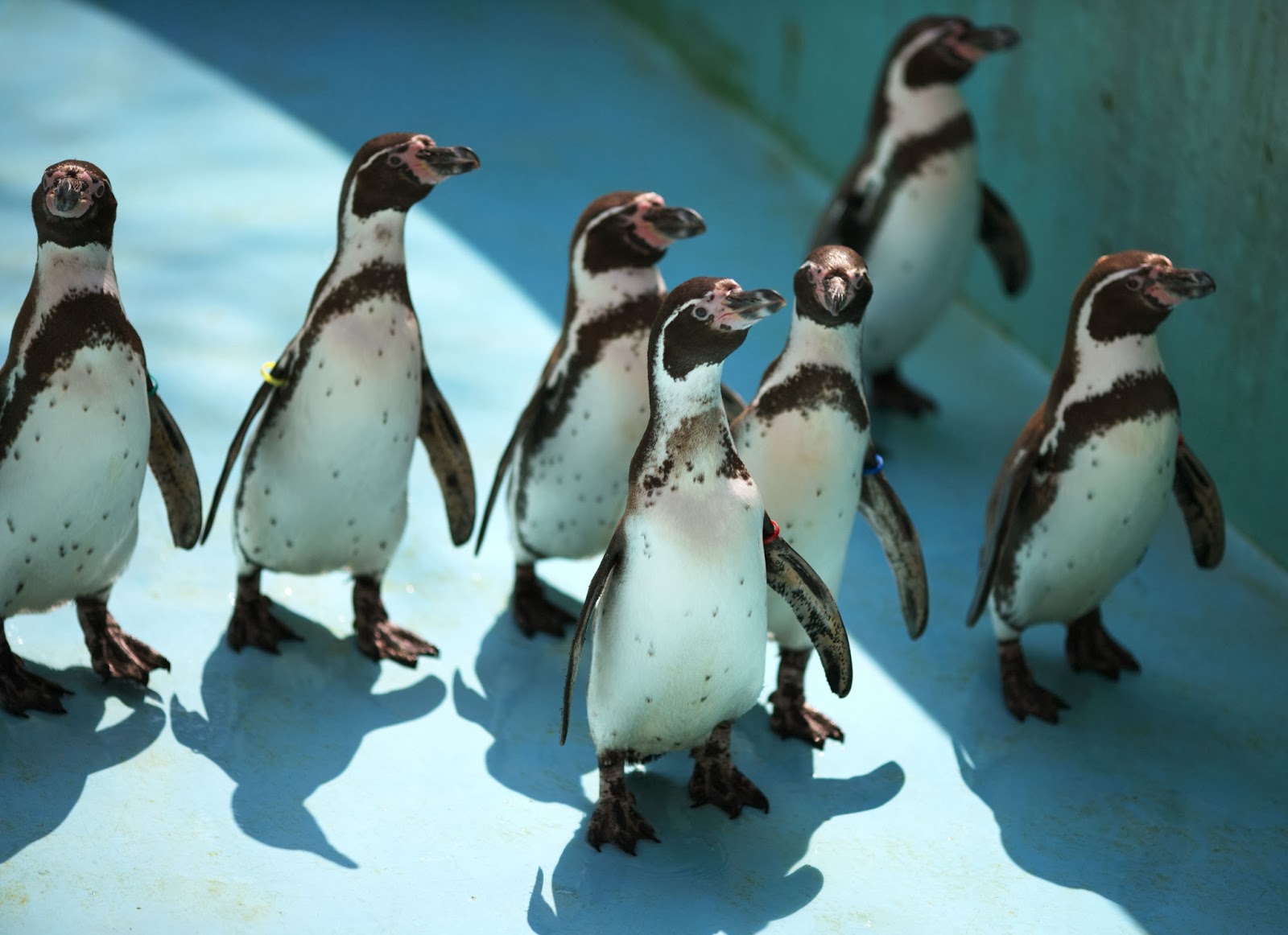 Which need something to lighten their mood.
The problem first came to attention,
When the creatures seemed rather subdued.

When these cute flightless birds lived in Chile,
Of the weather, they never complained.
It was cold there but, unlike in Britain,
The damp and the gloom weren't sustained.

So the keepers administer tablets,
Which are craftily hidden in lunch.
The penguins appear to be cheery,
And are now a much happier bunch.

The treatment, it's said, was essential.
There are risks when a bird is depressed.
The immune system isn't efficient.
It gets ill if it's glum or feels stressed.

The same thing applies to all humans.
We're in need of some Prozac-type fare.
The government can't stop it raining,
But they could at least make us not care.
Email ThisBlogThis!Share to TwitterShare to FacebookShare to Pinterest